And it would also be  a nice benchmark to do sentiment analysis across multiple social networks.

Some interesting use cases of using Twitter that have been used in R.

The Console lets you see and manage the following project information:

Most of the Google+ API follows a RESTful API design, meaning that you use standard HTTP methods to retrieve and manipulate resources. For example, to get the profile of a user, you might send an HTTP request like:

Resources in the Google+ API are represented using JSON data formats. For example, retrieving a user’s profile may result in a response like:

In requests that can respond with potentially large collections, such as Activities list, each response contains a limited number of items, set by maxResults(default: 20). Each response also contains a nextPageToken property. To obtain the next page of items, you pass this value of nextPageToken to the pageTokenproperty of the next request. Repeat this process to page through the full collection.

For example, calling Activities list returns a response with nextPageToken:

To get the next page of activities, pass the value of this token in with your next Activities list request:

As before, the response to this request includes nextPageToken, which you can pass in to get the next page of results. You can continue this cycle to get new pages — for the last page, “nextPageToken” will be absent.

it would be interesting the first wave of analysis on this new social network and see if it is any different from others, if at all.
After all, an API is only as good as the analysis and applications  that can be done on the data it provides

Anna Rumiantseva originally shared this post:
Photos from our recent trip to Santa Fe, NM. These are of Loretto Chapel which has the Miraculous Staircase. This staircase has a mystery to it has it is said to be built without nails by a carpenter who showed up after the sisters of the chapel prayed for 9 days. It took several months to be built by this carpenter who then left without pay and could not be found. The sisters believe it was St. Joseph himself that built the staircase and answered their prayers.
Please share if you like!
New Mexico (4 photos) 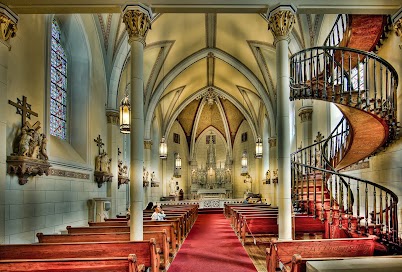 2) Cool Designer Retro Stuff
the water cooler at my workplace.

Jay Jaboneta originally shared this post:
GMA Network launched an online campaign to raise awareness about the responsible use of social media, so please think before you click.

David Smith originally shared this post:
Yet another instance of the Golden Ratio in Nature: Irene.

Marcelo Almeida originally shared this post:
behind the smile

But Willie Nelson rules them all

Willie Nelson covers Coldplay. Sounds pretty good! This reminds me of Johnny Cash’s cover ofHurt. (Yes, this is a Chipotle ad. It’s still pretty cool.)
Back to the Start

Warning- this and earlier post deals with cute memes that can take a lot of time and energy!

I was looking at the site http://www.google.com/adplanner/static/top1000/index.html

and I saw this list (Below) and using a Google Doc at https://docs.google.com/spreadsheet/pub?hl=en_US&hl=en_US&key=0AtYMMvghK2ytdE9ybmVQeUxMeXdjWlVKYzRlMkxjX0E&output=html.

Facebook is AAAAAmazing! and the Russian social network is amazing too!

After resisting for two weeks I have decided to write a Google Plus review. This includes both the changed designed parameters, the invite growth features and all of the main sub-items and activities you can do in the G+  Stream, Share, Hang Out, Pictures, Circles.

To keep it simple – I have noted the following 6 main sub-points.

Sharing is as simple as Facebook but the design makes it simpler.

Interesting to see that G+ has four types of media to share- besides writing the status/micro-blog (unfettered by 140 characters). Note these show icons only with hover text to tell you what the icon stands for.

Facebook has 5 types of Sharing and note the slightly different order as well the fact that both icon and text make it slightly more cluttered- Status (which is redundant clearly ),Photo,Link,Video,Question

G+ thus lacks polls /questions features. It is much easier to share content on Facebook automatically as of now- but for G+ you need to share the URL privately though. There exist G+ meme-s already thanks to re-sharing in G+ plus which seems to be inspired by Tumblr (?).

In addition Google has made your Google Profile the number one SERP for searching your name, so there seem clear tied in benefits of SEO with content disseminated here.

G+ has sharing in circles whereas Facebook has only Everyone, Friends, Friends of Friends ,Customize.  This makes G+ interface slightly better in tweaking the spread of content to targeted audience esp by Bloggers.

2) Online Professional Networking  and 3) Online Personal Socializing Organizing Contacts in Google Plus and seperate privacy controls make it easier to customize sharing without getting too complex. You can make as many circles and drag and drop very easily instead of manually clicking a dropdown box. Effectively speaking Facebook has just 4 kinds of circles and it does not distinguish between various types of friends which is great from philosophical point of view but not so goodn enforcing separateness between professional and personal networks. Note Facebook privacy settings are overwhelming despite the groovy data viz

Spam Control in Facebook versus in Google Plus- note the different options in Google Plus (including the ability to NOT reshare). I am not aware of more enhanced protection than the ones available for Gmail already. Spam is what really killed off a lot many social networks and the ability to control or reduce spam will be a critical design choice

Linkedin has the lowest cost in time spent and networking done. If G+ adds a resume section for jobs, recruiters, and adds in Zynga games, the benefit from G+ will expand. As of now G+ is a minimal social network with minimalism as design ethos.

(Zynga would do well to partner with G+)