As part of National Day of Hacking, I took part in the hackathon in New York. Here were some insights

A few teams had come prepared reading the challenge questions. These teams had an advantage on time

The idea is the most important in how relevant and closely aligned to the questions in hackthon you were. Creativity rules

The next important thing was making a balanced team in which everyone gels well, and have skill sets that are complementary ( one front end, one back end, one data scientist in Python, one person who is good at presentation etc)

UPDATED POST- Some Models I use for Business Strategy- to analyze the huge reams of qualitative and uncertain data that business generates. I have added a bonus the Business canvas Model (number 2)

END_OF_DOCUMENT_TOKEN_TO_BE_REPLACED

Email from Springer to me-

We trust you are as enthusiastic about this opportunity to distribute your book as we are.

The publisher of the translation is: Xi’an Jiaotong University Press.

The financial conditions we agreed upon are:
A flat fee of EUR XXXX  for 3,000 copies, payable upon conclusion of the agreement but not later than 60 days thereafter. (Please note that this fee is subject to tax deductions of 15.77%, imposed by the licensee’s country.)

Upon receiving the payment, we will ask our accounts department to transfer your shares to you, according to your contract with Springer. The share will then be shown on the next royalty statement you’ll receive.

Upon publication you would receive 4 complimentary copies.

In case you have further questions, please do not hesitate to contact us.

For the book in English- see right margin!

Over a decade long career , I have often been reminded of this saying from erstwhile mentors in long forgotten consulting email group- It is not WHAT you KNOW, it is WHO you KNOW. The power of WHO you KNOW can defeat even what you know , have learnt or worked hard at. Accordingly these are some wry observations on how businesses sometimes take shortcuts in India, and the whys and wherefores.

1) Regulatory Arbitrage due to Lack of Regulatory Oversight- This is especially true in terms of labor practices. This includes under-paying Caucasians and non -Indians for internships , or jobs (in the name of sponsoring the work visa). India is an extremely inexpensive place to stay in, but it is sometimes unfriendly (in terms of laws not people) to people visiting from the West. This ranges from amusing things to paying 10 times the price for non Indian visitors to Taj Mahal- to not so funny things as paying them lower salaries because they need  a reason to stay on. Unfortunately this is true in many countries -underpaying aliens, but it is much better regulated in the West.

2) Stealing Intellectual Property– I have often known people to steal presentations and even excel macros from the place they were working to the new place. Almost no one gets prosecuted for intellectual property theft (unless you are caught with 10,000 pirated music or film cds)

3) Using Pirated Softwares – Lack of awareness of FOSS means many SMEs use shortcuts including downloading software from Pirate Bay and using this to work for clients in the West. Example- This could be as simple as downloading SAS software from Internet, or using WPS software for training and mis-representing SAS Institute’s name. (added confusion due to SAS -software,company,language ) . There are other major companies who suffer from this too, notably Microsoft.

This could be as complex as using academic versions of enterprise software for businesses purposes. In each case because of the geography, legal risk is quite low, and returns quite high from pirated software. It also helps lower the unethical vendor’s quotation of prices compared to the one who is doing it straight.

One way to avoid this is –ask your vendor to show you copy of how many legal licence’s for software. It can also help in cutting down exaggerated bench strength claims of vendors, as sometimes businesses hire many people and then put them on internal projects.

4) Illegal Trade practices- This include making employees sign a 1 year bond for not leaving the company after they have visited the West for company work- in the name of training . This also includes abusing the loopholes in various types of visa.

5) Ignoring signed contracts and negotiating to lower prices at every step illegally, in collusion with other vendors ( there is no effective anti -trust act ) and using the complete inadequate and lengthy nature of filing court cases in India.
Almost every non Indian client I know pays on time- almost every Indian client I know needs reminders. This is more of a mindset problem , knowing the reluctance to file lawsuits in India given slow progress in the courts ( India has 1.2 billion people and per capita access to judges and lawyers is quite low). The buzz word is- How much can we settle this? Lets do a settlement!

In the long run, this is choking off growth and potential of SMEs in India. In a continuing series- I will help the non Indian users with ways to use technology for legal remedies  in India for intellectual property  along with known case studies and examples.

I quite like Google’s monthly email on account activity. It is the Google way to offer free services, as well as treat users as special, that continues to command loyalty despite occasional exasperation with corporate thingies.

Notice the use of Bigger Font for overall number of emails as well as smaller bar plots- I would say they are almost spark lines or spark bar plots if you excuse my Tufte.

The medium range font shows persons sent/from statistics, and the color shades are done to empahsize or de-emphasize the metric

Colors used are black/grey, green and blue coincident with the Corporate Logo.

However some of the JS for visualizations need to be tweaked. Clearly the hover script ( an  integral part of Dashboard design ) needs better elucidiation or formatting)

I would also venture my neck and suggest that rather than just monthly snapshots, atleast some way of comparing snapshots across periods or even the total time period be enabled- rather than be in seperate views.  This may give the user a bit more analytical value.

Overall, a nice and simple dashboard which may be of some use to the business user who makes or views a lot of reports on online properties. Minimal and effective- and in keeping with Open Data- Data Liberation Principles. I guess Google is secure in the knowledge that users do not view time spent on Google services as a total waste , unlike some of the other more social 😉 websites they spend time on. 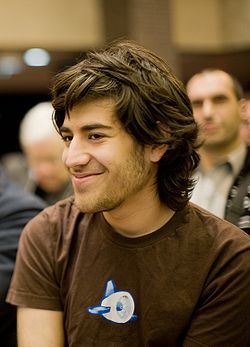 The dichotomy in being a writer on open source with a non-open access publisher?

But the publisher is the most reputed in this field. So what are my choices? How do I get more people to have choices to read books.

Take open knowledge , curate it, and turn it behind a $50 paywall. I am sorry, Aaron. People like me are the reason ……

I really liked the initiatives at JMP/Academic. Not only they offer the software bundled with a textbook, which is both good common sense as well as business sense given how fast students can get confused

Major publishers of introductory statistics textbooks offer a 12-month license to JMP Student Edition, a streamlined version of JMP, with their textbooks.

and a glance through this http://www.jmp.com/academic/pdf/jmp_se_comparison.pdf  shows it is a credible and not extremely whittled down version which would be just dishonest.

And I loved this Reference Card at http://www.jmp.com/academic/pdf/jmp10_se_quick_guide.pdf

Oracle, SAP- Hana, Revolution Analytics and even SAS/STAT itself can make more reference cards like this- elegant solutions for students and new learners!

More- creative-rants Honestly why do corporate sites use PDFs anymore when they can use Instapaper , or any of these SlideShare/Scribd formats to show information in a better way without diverting the user from the main webpage.

But I digress, back to JMP

Faculty who select a JMP Student Edition bundle for their courses may be eligible for additional resources, including course materials and training.

Try and have a look yourself at http://www.jmp.com/academic/student.shtml