Using Google RealTime, a small icon on the left margin, you can monitor the latest uprisings. Apparently you can still get shot in most of the world to ask for freedom. What a trillion dollars of industrial arms complex could not do in Iraq or Afghanistan, hackers at Wikileaks, Bloggers in Middle East and Media people at Al Jazzera are doing right now. I am probably too young in 1989 when communists fell, but watching dictators fall by people power than external arms is good, no. 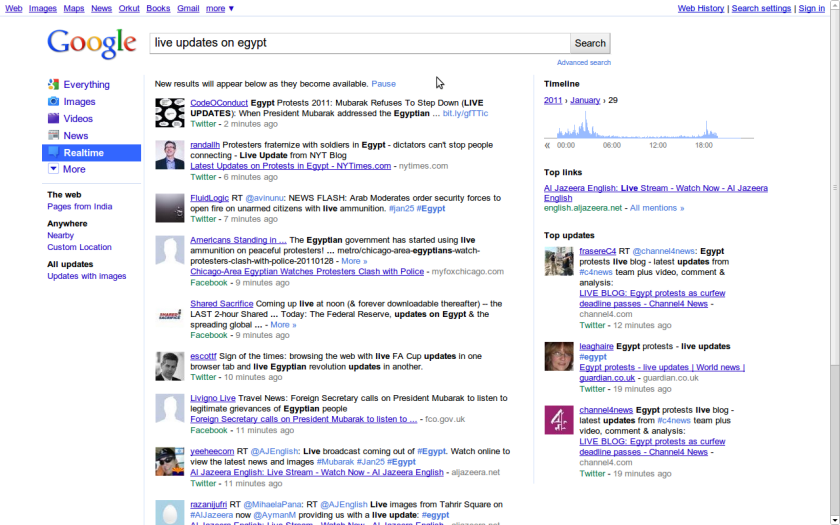 R Commander ( see paper by Prof J Fox at http://www.jstatsoft.org/v14/i09/paper ) is a well known and established graphical user interface to the R analytical environment.
While the original GUI was created for a basic statistics course, the enabling of extensions (or plug-ins  http://www.r-project.org/doc/Rnews/Rnews_2007-3.pdf ) has greatly enhanced the possible use and scope of this software. Here we give a list of all known R Commander Plugins and their uses along with brief comments.

Note the naming convention for above e plugins is always with a Prefix of “RCmdrPlugin.” followed by the names above
Also on loading a Plugin, it must be already installed locally to be visible in R Commander’s list of load-plugin, and R Commander loads the e-plugin after restarting.Hence it is advisable to load all R Commander plugins in the beginning of the analysis session.

However the notable E Plugins are
1) DoE for Design of Experiments-
Full factorial designs, orthogonal main effects designs, regular and non-regular 2-level fractional
factorial designs, central composite and Box-Behnken designs, latin hypercube samples, and simple D-optimal designs can currently be generated from the GUI. Extensions to cover further latin hypercube designs as well as more advanced D-optimal designs (with blocking) are planned for the future.
2) Survival- This package provides an R Commander plug-in for the survival package, with dialogs for Cox models, parametric survival regression models, estimation of survival curves, and testing for differences in survival curves, along with data-management facilities and a variety of tests, diagnostics and graphs.
3) qcc -GUI for  Shewhart quality control charts for continuous, attribute and count data. Cusum and EWMA charts. Operating characteristic curves. Process capability analysis. Pareto chart and cause-and-effect chart. Multivariate control charts
4) epack- an Rcmdr “plug-in” based on the time series functions. Depends also on packages like , tseries, abind,MASS,xts,forecast. It covers Log-Exceptions garch
and following Models -Arima, garch, HoltWinters
5)Export- The package helps users to graphically export Rcmdr output to LaTeX or HTML code,
via xtable() or Hmisc::latex(). The plug-in was originally intended to facilitate exporting Rcmdr
output to formats other than ASCII text and to provide R novices with an easy-to-use,
easy-to-access reference on exporting R objects to formats suited for printed output. The
package documentation contains several pointers on creating reports, either by using
conventional word processors or LaTeX/LyX.
6) MAc- This is an R-Commander plug-in for the MAc package (Meta-Analysis with
Correlations). This package enables the user to conduct a meta-analysis in a menu-driven,
graphical user interface environment (e.g., SPSS), while having the full statistical capabilities of
R and the MAc package. The MAc package itself contains a variety of useful functions for
conducting a research synthesis with correlational data. One of the unique features of the MAc
package is in its integration of user-friendly functions to complete the majority of statistical steps
involved in a meta-analysis with correlations. It uses recommended procedures as described in
The Handbook of Research Synthesis and Meta-Analysis (Cooper, Hedges, & Valentine, 2009).

A query to help for ??Rcmdrplugins reveals the following information which can be quite overwhelming given that almost 20 plugins are now available-

The Internet, January 25, 2011 – The Document Foundation launches LibreOffice 3.3, the first stable release of the free office suite developed by the community. In less than four months, the number of developers hacking LibreOffice has grown from less than twenty in late September 2010, to well over one hundred today. This has allowed us to release ahead of the aggressive schedule set by the project.

Not only does it ship a number of new and original features, LibreOffice 3.3 is also a significant achievement for a number of reasons:

– the developer community has been able to build their own and independent process, and get up and running in a very short time (with respect to the size of the code base and the project’s strong ambitions);

– thanks to the high number of new contributors having been attracted into the project, the source code is quickly undergoing a major clean-up to provide a better foundation for future development of LibreOffice;

– the Windows installer, which is going to impact the largest and most diverse user base, has been integrated into a single build containing all language versions, thus reducing the size for download sites from 75 to 11GB, making it easier for us to deploy new versions more rapidly and lowering the carbon footprint of the entire infrastructure.

Caolán McNamara from RedHat, one of the developer community leaders, comments, “We are excited: this is our very first stable release, and therefore we are eager to get user feedback, which will be integrated as soon as possible into the code, with the first enhancements being released in February. Starting from March, we will be moving to a real time-based, predictable, transparent and public release schedule, in accordance with Engineering Steering Committee’s goals and users’ requests”. The LibreOffice development roadmap is available at http://wiki.documentfoundation.org/ReleasePlan

LibreOffice 3.3 brings several unique new features. The 10 most-popular among community members are, in no particular order:

In addition, many great extensions are now bundled, providing

a much improved report builder, and more besides.

A more-complete and detailed list of all the new features offered by LibreOffice 3.3 is viewable on the following web page: http://www.libreoffice.org/download/new-features-and-fixes/

LibreOffice 3.3 also provides all the new features of OpenOffice.org 3.3, such as new custom properties handling; embedding of standard PDF fonts in PDF documents; new Liberation Narrow font; increased document protection in Writer and Calc; auto decimal digits for “General” format in Calc; 1 million rows in a spreadsheet; new options for CSV import in Calc; insert drawing objects in Charts; hierarchical axis labels for Charts; improved slide layout handling in Impress; a new easier-to-use print interface; more options for changing case; and colored sheet tabs in Calc. Several of these new features were contributed by members of the LibreOffice team prior to the formation of The Document Foundation.

LibreOffice hackers will be meeting at FOSDEM in Brussels on February 5 and 6, and will be presenting their work during a one-day workshop on February 6, with speeches and hacking sessions coordinated by several members of the project.

The home of The Document Foundation is at http://www.documentfoundation.org

The home of LibreOffice is at http://www.libreoffice.org where the download page has been redesigned by the community to be more user-friendly.

*** About The Document Foundation

The Document Foundation has the mission of facilitating the evolution of the OOo Community into a new, open, independent, and meritocratic organization within the next few months. An independent Foundation is a better reflection of the values of our contributors, users and supporters, and will enable a more effective, efficient and transparent community. TDF will protect past investments by building on the achievements of the first decade, will encourage wide participation within the community, and will co-ordinate activity across the community.

GrapheR is a Graphical User Interface created for simple graphs. 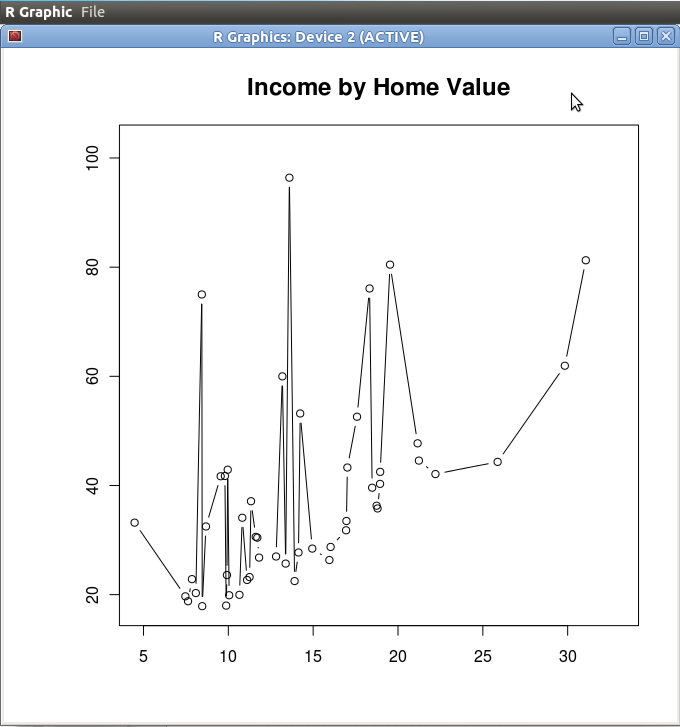 message from the official google blog-

With programs like Computer Science for High School (CS4HS), we hope to increase the number of CS majors —and therefore the number of people entering into careers in CS—by promoting computer science curriculum at the high school level.

For the fourth consecutive year, we’re funding CS4HS to invest in the next generation of computer scientists and engineers. CS4HS is a workshop for high school and middle school computer science teachers that introduces new and emerging concepts in computing and provides tips, tools and guidance on how to teach them. The ultimate goals are to “train the trainer,” develop a thriving community of high school CS teachers and spread the word about the awe and beauty of computing.

If you’re a university, community college, or technical School in the U.S., Canada, Europe, Middle East or Africa and are interested in hosting a workshop at your institution, please visit www.cs4hs.com to submit an application for grant funding.Applications will be accepted between January 18, 2011 and February 18, 2011.

In addition to submitting your application, on the CS4HS website you’ll find info on how to organize a workshop, as well as websites and agendas from last year’s participants to give you an idea of how the workshops were structured in the past. There’s also a collection ofCS4HS curriculum modules that previous participating schools have shared for future organizers to use in their own program.

I personally like UTorrent on Windows and KTorrent on Linux.

While no experts on this, anything that gets the data down faster while maximizing my pipes efficiency.

I also like Torrenting than  any of the sudo-apt get method of downloading software or the zip unzip,tar untar, install/make file

Torrenting is a simpler way of sharing applications but sadly not used much by the stats computing community to share downloads.

SORT THE DASHBOARD —-KEEP IT SORTED

So I am partially recreating after sorting the data viz from http://en.wikipedia.org/wiki/Comparison_of_BitTorrent_clients

Related Articles (Ps the Related Articles is auto generated by Zementa- a software embedded within WordPress.com in case you are wondering what the deal with the linking is)

Trying to compare the transparency of central banks via the data visualization of two very different central banks.

Here are some points-

1) The federal bank gives you a huge clutter of charts to choose from and sometimes gives you very difficult to understand charts.

2) The Reserve bank of India choose Business Objects and gives you a proper drilldown kind  of  graph and tables. ( thats a lot of heavy metal and iron ore China needs from India 😉 😉