These are a list of awesome training resources by a very credible SAS language trainer called SAS Institute. 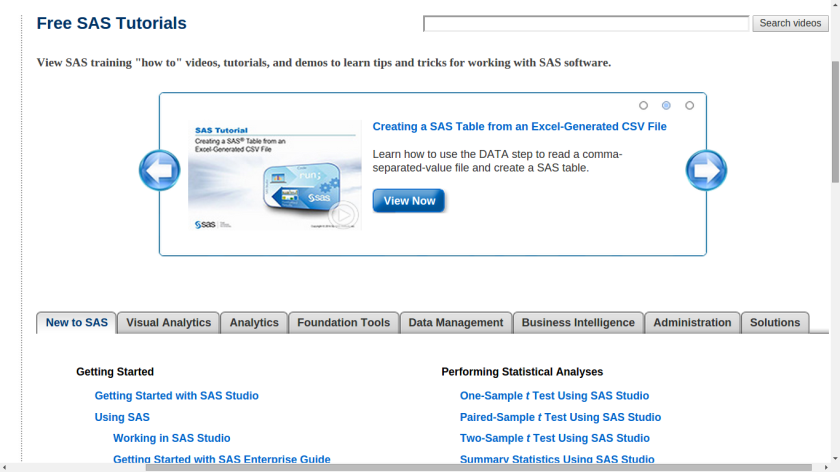 Get the SAS software for free here-

This is the link for training videos

Now why pay Rs 30,000 or 500$ for SAS language clone or 3rd party trainers when you can get the real thing for free. Also note- they train not just in the software language but also in analytics

Oh- How I wish    Microsoft had some more training videos for their Revolution Analytics R. I mean blogs are fine but a global audience is asking more and more skill based education from MOOCs, Open Textbooks, Open Data and Video based Series .

Additionally- I am heartened that SAS Institute has a new Ask the Expert Series as it shows their commitment to STEM education.

Over a decade long career , I have often been reminded of this saying from erstwhile mentors in long forgotten consulting email group- It is not WHAT you KNOW, it is WHO you KNOW. The power of WHO you KNOW can defeat even what you know , have learnt or worked hard at. Accordingly these are some wry observations on how businesses sometimes take shortcuts in India, and the whys and wherefores.

1) Regulatory Arbitrage due to Lack of Regulatory Oversight- This is especially true in terms of labor practices. This includes under-paying Caucasians and non -Indians for internships , or jobs (in the name of sponsoring the work visa). India is an extremely inexpensive place to stay in, but it is sometimes unfriendly (in terms of laws not people) to people visiting from the West. This ranges from amusing things to paying 10 times the price for non Indian visitors to Taj Mahal- to not so funny things as paying them lower salaries because they need  a reason to stay on. Unfortunately this is true in many countries -underpaying aliens, but it is much better regulated in the West.

2) Stealing Intellectual Property– I have often known people to steal presentations and even excel macros from the place they were working to the new place. Almost no one gets prosecuted for intellectual property theft (unless you are caught with 10,000 pirated music or film cds)

3) Using Pirated Softwares – Lack of awareness of FOSS means many SMEs use shortcuts including downloading software from Pirate Bay and using this to work for clients in the West. Example- This could be as simple as downloading SAS software from Internet, or using WPS software for training and mis-representing SAS Institute’s name. (added confusion due to SAS -software,company,language ) . There are other major companies who suffer from this too, notably Microsoft.

This could be as complex as using academic versions of enterprise software for businesses purposes. In each case because of the geography, legal risk is quite low, and returns quite high from pirated software. It also helps lower the unethical vendor’s quotation of prices compared to the one who is doing it straight.

One way to avoid this is –ask your vendor to show you copy of how many legal licence’s for software. It can also help in cutting down exaggerated bench strength claims of vendors, as sometimes businesses hire many people and then put them on internal projects.

4) Illegal Trade practices- This include making employees sign a 1 year bond for not leaving the company after they have visited the West for company work- in the name of training . This also includes abusing the loopholes in various types of visa.

5) Ignoring signed contracts and negotiating to lower prices at every step illegally, in collusion with other vendors ( there is no effective anti -trust act ) and using the complete inadequate and lengthy nature of filing court cases in India.
Almost every non Indian client I know pays on time- almost every Indian client I know needs reminders. This is more of a mindset problem , knowing the reluctance to file lawsuits in India given slow progress in the courts ( India has 1.2 billion people and per capita access to judges and lawyers is quite low). The buzz word is- How much can we settle this? Lets do a settlement!

In the long run, this is choking off growth and potential of SMEs in India. In a continuing series- I will help the non Indian users with ways to use technology for legal remedies  in India for intellectual property  along with known case studies and examples.

I really liked the course developed by 10 gen for MongoDB (there are two tracks for Developers and DBAs at https://education.10gen.com/)

The interface is very nice and is a step upwards from Coursera’s ( https://www.coursera.org/) pioneering work (and even http://www.codecademy.com/#!/exercises/0 )– each video has a small question, the videos are not cluttered, and the voice and transcription quality is impeccable. Lastly a certification for people who clear 65% acts as an academic incentive, they get a certificate.

yes it is free. 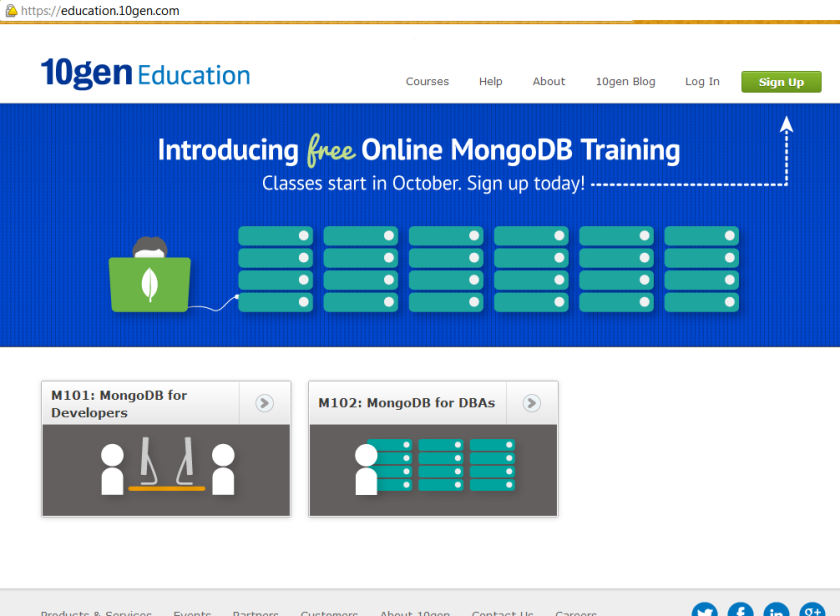 Oracle recently launched a series of nicely made R tutorials at https://apex.oracle.com/pls/apex/f?p=44785:24:0::NO::P24_CONTENT_ID,P24_PREV_PAGE:6528,1but I wish Oracle R had some certifications too!

put an effort with polished e-learning interfaces than be dependent on external partners…..or internal gurus…interfaces matter especially in education.

Udacity is a smaller player but welcome competition to Coursera. I think companies that have on demand learning programs should consider donating a course to these online education players (like SAS Institute for SAS , Revolution Analytics for R, SAP, Oracle for in-memory analytics etc)

Coursera  is doing a superb job with huge number of free courses from notable professors. 111 courses!

Awesomely informative post on sascom magazine (whose editor I have I interviewed before here at http://www.decisionstats.com/interview-alison-bolen-sas-com/ – )

Numerous enhancements to the drag-and-drop Graph Builder, including a new iPad application.

Much of the development centered on four focus areas:

1. Graph Builder everywhere. The Graph Builder platform itself has new features like Heatmap and Treemap, an elements palette and properties panel, making the choices more visible. But Graph Builder also has some descendents now, including the new Control Chart Builder, which makes creating control charts an interactive process. In addition, some of the drag-and-drop features that are used to change columns in Graph Builder are also available in Distribution, Fit Y by X, and a few other places. Finally, Graph Builder has been ported to the iPad. For the first time, you can use JMP for exploration and presentation on a mobile device for free. So just think of Graph Builder as gradually taking over in lots of places.

3. Performance.  this release has the most new multithreading so far

You can read more here –http://jmp.com/about/events/webcasts/jmpwebcast_detail.shtml?reglink=70130000001r9IP