I was wondering why the planet  spends  so much money in the $150-billion business process outsourcing industry, especially in voice calls to call centers.

If your iPhone Siri phone can be configured to answer any query, Why can’t it be configured to be  a virtual assistant, customer support, marketing outbound or even a super charged call center interactive voice response .

Can we  do and run some tests on this?

It is best to use a DNS resolution service to avoid targeted attacks on your machine esp if you use the browser a lot. and it is quite fast!! Takes 2 minutes to set it up even for non geeks

I was getting slower browsing speeds on OpenDNS http://www.opendns.com/

C4ISTAR is the British acronym used to represent the group of the military functions designated by C4 (command, control, communications, computers), I (military intelligence), and STAR (surveillance, target acquisition, and reconnaissance) in order to enable the coordination of operations

I increasingly believe that cyber conflict will develop its own terminology and theory and paradigms in due time. In the meantime, it will adopt paradigms from existing military literature and adapt it to the unique sub culture of cyber conflict for both offensive, defensive as well as pre-emptive actions. Here I am theorizing for a case of targeted hacking attacks rather than massive attacks that bring down a website for a few hours and achieve nothing but a few press headlines . I would also theorize on countering such attacks.

So what would be the C4ISTAR for –

This will be the senior executives including the members of board, legal officers, and public relationship/marketing people. Their name is available from corporate websites, and social media scraping can ensure both a list of contact addresses (online) as well as biases for phishing /malware attacks. This could also include phone (flooding or voicemail hacking ) attacks , and attacks against the email server of the company rather than the corporate website.

Communications– This will include all online and social media channels including websites of the media company , but also  those of the press relations firms handling communications , phones,websites- anything which the target is likely to communicate externally (and if possible internal communication)

Timing is everything- coordinating attacks immediately is juevenile, but it might be more mature to attack on vulnerable days like product launches or just before a board of directors meeting

Most corporates have an in-house research team, they can be easily targeted using social media channels, but also offline research and digging deep. Targeting intelligence corps of the target corporate is likely to produce a much better disruption. Eventually they can be persuaded to stop working for that corporate.

Computers– Anything that runs on electricity and can be disabled – should be disabled. This might require much more creativity than just flooding.

surveillance-  This can be both online as well as offline, and would be of electronic assets, likely responses for the attack, and the key people who are to be disrupted.

target acquisition-  at least ten people within each corporate can and should be ideally disrupted, rather than just the website. this would call for social media scraping, and prior planning. even email in-boxes can be disrupted (if all else fails)

study your target companies, target employees, and their strategies.

Then segment and prioritize in a list of  matrix of 10  to 10, who is more vulnerable and who is more valuable to attack.

the C4ISTAR for -a hacker activist organization is much more complicated but forensics reveal that most hackers tend to leave a signature style (in terms of computers,operating systems,machine ids,communication, tools, or even port numbers used)

1. The world is full of fascinating problems waiting to be solved.
2. No problem should ever have to be solved twice.
3. Boredom and drudgery are evil.
4. Freedom is good.
5. Attitude is no substitute for competence.

Data Miners love data. The more data they have the better model they can build. Consumers do not love data so much and find sharing data generally a cumbersome task. They need to be incentivize for filling out survey forms , and for signing to loyalty programs. Lawyers, and privacy advocates love to use examples of improper data collection and usage as the harbinger of an ominous scenario. George Orwell’s 1984 never “mentioned” anything about Big Brother trying to sell you one more loan, credit card or product.

Data generated by customers is now growing without their needing to fill out forms and surveys. This data is about their preferences , tastes and choices and is growing in size and depth because it is generated from social media channels on the Internet.It is this data that can be and is captured by social media analytics.

People want to have more and more conversations online publicly , share pictures , activity and interact with a large number of people whom  they have never met. But resent that information being used or abused without their knowledge.

Also the Internet is increasingly being consolidated into a few players like Microsoft, Amazon, Google  and Facebook, who are unable to agree on agreements to share that data between themselves. Interestingly you can use Yahoo as a data middleman between Google and Facebook.

At the same time, more and more purchases are being done online by customers and Internet advertising has grown much above the rate of growth of other mediums of communication.
Internet retail sales have the advantage that better demand predictability can lead to lower inventories as retailers need not stock up displays to look good. An Amazon warehouse need not keep material to simply stock up it shelves like a K-Mart does.

After all, no one complains about privacy intrusions if their credit bureau data is aggregated , rolled up, and anonymized and turned into a propensity model for sending them direct mailers.

1. A business creates an ad
Let’s say a gym opens in your neighborhood. The owner creates an ad to get people to come in for a free workout.

2. Facebook gets paid to deliver the ad
The owner sends the ad to Facebook and describes who should see it: people who live nearby and like running.

The right people see the ad
3. Facebook only shows you the ad if you live in town and like to run. That’s how advertisers reach you without knowing who you are.

Adding in credit bureau data and legislative regulation for anonymizing  and handling privacy data can expand the internet selling market, which is much more efficient from a supply chain perspective than the offline display and shop models.

Privacy Regulations on Marketing using Internet data
Should laws on opt out and do not mail, do not call, lists be extended to do not show ads , do not collect information on social media. In the offline world, you can choose to be part of direct marketing or opt out of direct marketing by enrolling yourself in various do not solicit lists. On the internet the only option from advertisements is to use the Adblock plugin if you are Google Chrome or Firefox browser user. Even Facebook gives you many more ads than you need to see.

One reason for so many ads on the Internet is lack of central anonymize data repositories for giving high quality data to these marketing companies.Software that can be used for social media analytics is already available off the shelf.

and there is a new tool on that already but you are on your own if your data gets redirected. Does Chrome take legal liability for malware extensions? Dunno-and yes it works on Chrome alone (at the point of speaking) 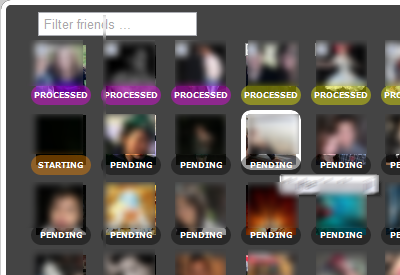 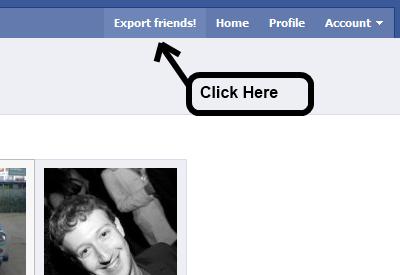 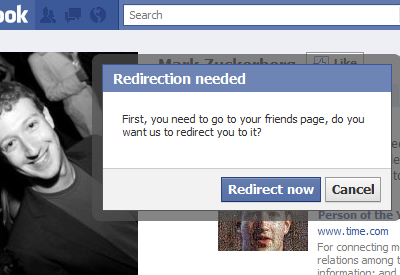 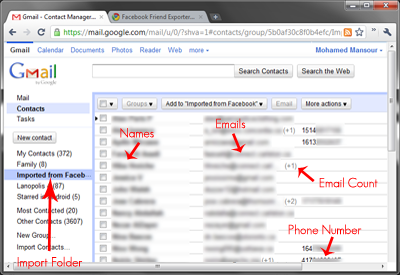 Get *your* data contact out of Facebook to Google Contacts or CSV, whether they want you to or not.
Description

I always liked Citrix products when I was a member of the Technical Advisory Board at the University of Tennessee. I especially liked enabling SAS software , R software, Matlab software , ONLY from a browser.

Data Mining through cloud computing, yes University of Tennessee’s analytics server http://analytics.utk.edu was way ahead in 2009- all these softwares at one portal no software needed on your own PC, simply upload data and work on any analytics software.

Here is a nice citrix webinar on managing Time (so you can read more webinars! nah. I think Youtube live streaming events with interactive question and answers is the way of the future while webinars are for Baby Boomers- you can do a test and control experiment yourself if you are in the webinar business. its a web2.oinar)

Standard Disclosure- I have not received any monetary or indirect compensation for promoting this webinar.

Interruptions are productivity killers – between email, phone calls and back-to-back meetings, how do you find time to work on your top priorities?

Join top time-management guru Kent Curtis and learn how to stop “living in your inbox” and start prioritising tasks, messages and appointments according to what is most important.

This webinar takes the best principles from FranklinCovey’s world-class productivity training and teaches you how to apply them while using Microsoft Outlook as your scheduling tool.

Attend this interactive, one-hour webinar to: