I am not an Apple fanboy.In fact I dont use a Mac (because Linux works well for me at much cheaper rates)

I am going to miss Steve Jobs like I miss …… still.

1) The Original Pirate – I liked Steve Jobs ever since I saw Pirates of Silicon Valley, I wanted to be like the Jobs who created jobs http://en.wikipedia.org/wiki/Pirates_of_Silicon_Valley

2) Music -Itunes Improbably the man who came up with the idea of music @ 99 cents helped more artists earn money in the era of Napster. Music piracy is not dead, but at 99 cents you CAN afford the songs

3) Aesthetics- and Design- as competitive barriers. It was all about the interface. People care about interfaces. Shoody software wont sell.

4) Portable Music- yes I once wrote a poem on my first Ipod. http://www.decisionstats.com/ode-to-an-ipod/ No , it doesnot rank as the top ten poems on Ipod in SERP

Walkman ‘s evolution was the Ipod – and it was everywhere.

5) Big Phones can be cool too- I loved my IPhone and so did everyone. But thats because making cool phones before that was all about making the tiniest thinnest phone. Using Videochat on Iphone and webs surfing were way much cooler than anything before or since.

6) Apps for Money for Geeks. Yes the Apps marketplace was more enriching to the geek universe than all open source put together.

7) Turtleneck Steve- You know when Steve Jobs was about to make a presentation because one week before and one week later the whole tech media behaved like either a fanboy or we are too cool to be an Apple fanboy but we will report it still. The man who wrote no code sold more technology than everyone else using just a turtleneck and presentations.

8) Pixar toons- Yes Pixar toons made sure cartoons were pieces of art and not just funny stuff anymore. This one makes me choke up

9) Kicking Microsoft butt- Who else but Steve can borrow money from MS and then beat it in every product it wanted to.

10) Not being evil. Steve Jobs made more money for more geeks than anyone. and he made it look good! The original DONT BE EVIL guy who never needed to say it aloud

Take a bow Steve Jobs (or touch the first Apple product that comes to your hand after reading this!)

The article was first written on Aug 25,2011 on Steve Jobs resignation news.It has been updated to note his departing from this planet as of yesterday.

Here is a new package called R ODM and it is an interface to do Data Mining via Oracle Tables through R. You can read more here http://www.oracle.com/technetwork/database/options/odm/odm-r-integration-089013.html and here http://cran.fhcrc.org/web/packages/RODM/RODM.pdf . Also there is a contest for creative use of R and ODM.

R-ODM is especially useful for:

The R-ODM interface allows R users to mine data using Oracle Data Mining from the R programming environment. It consists of a set of function wrappers written in source R language that pass data and parameters from the R environment to the Oracle RDBMS enterprise edition as standard user PL/SQL queries via an ODBC interface. The R-ODM interface code is a thin layer of logic and SQL that calls through an ODBC interface. R-ODM does not use or expose any Oracle product code as it is completely an external interface and not part of any Oracle product. R-ODM is similar to the example scripts (e.g., the PL/SQL demo code) that illustrates the use of Oracle Data Mining, for example, how to create Data Mining models, pass arguments, retrieve results etc.

R-ODM is packaged as a standard R source package and is distributed freely as part of the R environment’s Comprehensive R Archive Network ( CRAN). For information about the R environment, R packages and CRAN, see www.r-project.org.

Present and win an Apple iPod Touch!
The BI, Warehousing and Analytics (BIWA) SIG is giving an Apple iPOD Touch to the best new presenter. Be part of the TechCast series and get a chance to win!

Consider highlighting a creative use of R and ODM.

Using the Rhythmbox utility- you can move your music from your Ipod to your computer and also transfer to some other device using USB. The Method is simple-

Use your Linux Operating System ( if you have a Windows PC- you can create a dual booting application using the USB Flash Drive Netbook Remix from http://www.ubuntu.com )

Use Rhythmbox to open your IPod.

Drag and Drop the song from the Rhythmbox playlist to your device/ computer or other device after it is copied.

Note- It is not really advised to illegeally transfer music, as there are better options like streaming music already available. Try http://www.playlist.com and see right margin of the other blog I have for building the playlist using online means- www.dudeofdata.com

Here is a short clip I made using two softwares-

2) Xvidcap screencapture- For capturing and creating a video based on screen capture. This is the Linux Version of Camtasia- there is only one drawback the default rate is a bit fast- so audio and frame capture settings in a multi frame need to be tweaked.

3) I Phone- For Photography- It’s still the handiest camera around.

(Note- The Collage and Presentation are works of fiction) 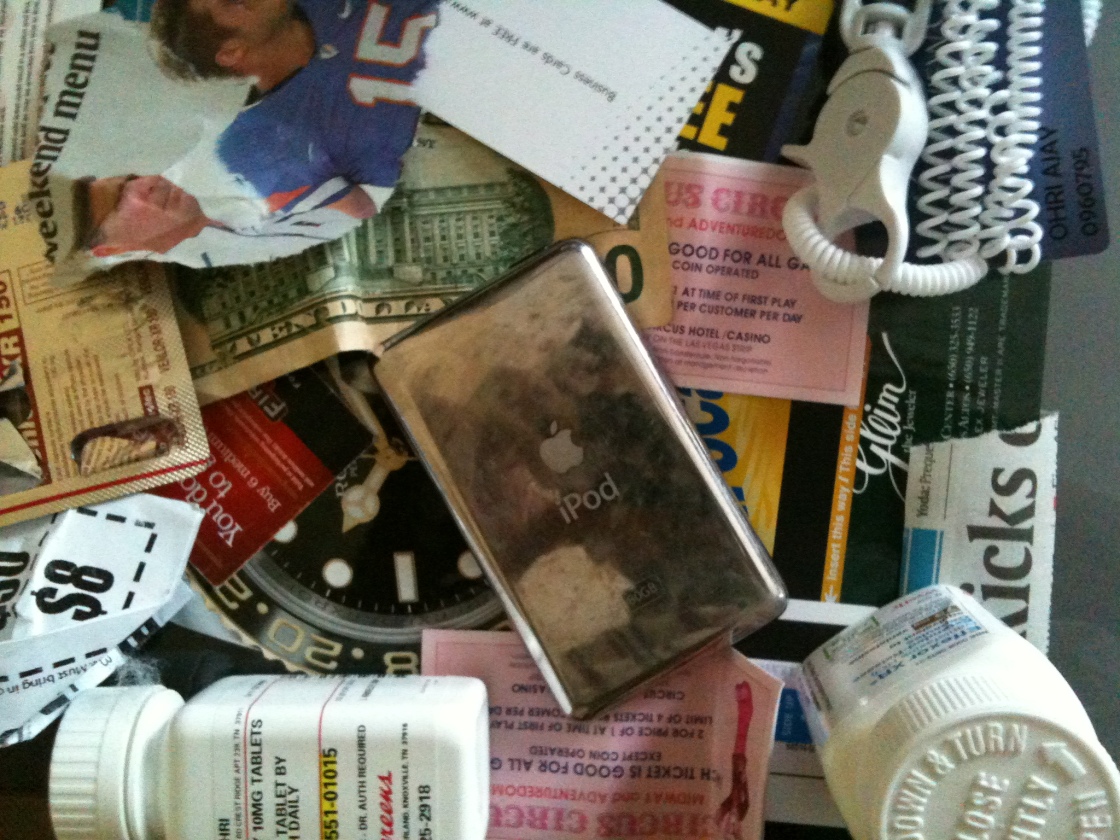 and here is a more offbeat version

My younger borther gifted me an Ipod

And now I am in love,

life a gift from heaven above,

with the smooth ipod,

in her little black dress.

The sound is good, the design is cool,

Why i didnot buy the I pod before ,

Why didnot I visit the i-tunes store.

And my friend Billy Joel sings,

his heart out on silvery ipod wings,

I rotate the dial a bit,

The songs are old, but they are still an hit.

Now I am maybe old, and getting older still,

but the Ipod classic gives my heart a thrill .

Whats your excuse mister, why dont you buy it too,

Give life some meaning , with more music in you.