My favorite GUI (or one of them) R Commander has a relatively new plugin called KMGGplot2. Until now Deducer was the only GUI with ggplot features , but the much lighter and more popular R Commander has been a long champion in people wanting to pick up R quickly.

RcmdrPlugin.KMggplot2: Rcmdr Plug-In for Kaplan-Meier Plot and Other Plots by Using the ggplot2 Package

This package is an R Commander plug-in for Kaplan-Meier plot and other plots by using the ggplot2 package.

Basically a bar chart shows rectangular bars with length proportional to the quantities being described. It helps to see relative quantities between various category types.

The barplot() command is used for making Bar Plots, while hist() is used for histograms. You can also use the plot() command with type=h to create histograms-The official R manual also suggests that Dot plots using dotchart () are a reasonable substitute for bar plots.
A very simple easy to understand tutorial for basic bar plots is at http://msenux.redwoods.edu/math/R/barplot.php 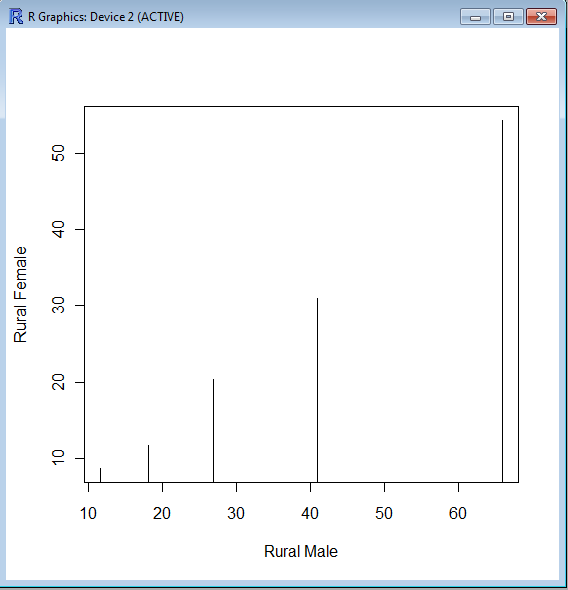 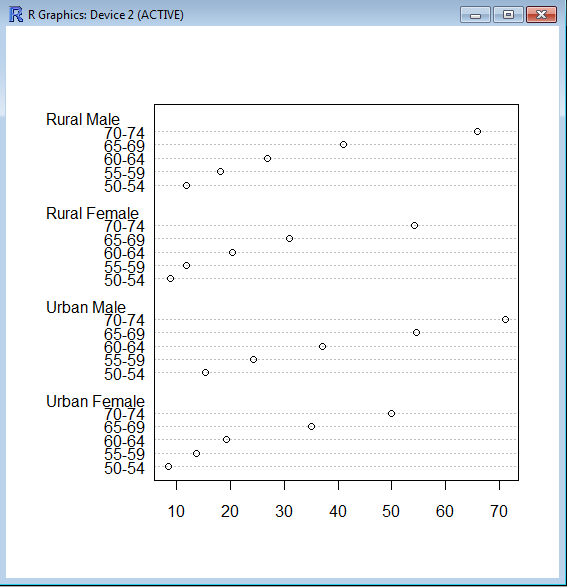 I have not been really posting or writing worthwhile on the website for some time, as I am still busy writing ” R for Business Analytics” which I hope to get out before year end. However while doing research for that, I came across many types of graphs and what struck me is the actual usage of some kinds of graphs is very different in business analytics as compared to statistical computing.

The criterion of top ten graphs is as follows-

1) Usage-The order in which they appear is not strictly in terms of desirability but actual frequency of usage. So a frequently used graph like box plot would be recommended above say a violin plot.

2) Adequacy- Data Visualization paradigms change over time- but the need for accurate conveying of maximum information in a minium space without overwhelming reader or misleading data perceptions.

3) Ease of creation- A simpler graph created by a single function is more preferrable to writing 4-5 lines of code to create an elaborate graph.

4) Aesthetics– Aesthetics is relative and  in addition studies have shown visual perception varies across cultures and geographies. However , beauty is universally appreciated and a pretty graph is sometimes and often preferred over a not so pretty graph. Here being pretty is in both visual appeal without compromising perceptual inference from graphical analysis.

so When do we use a bar chart versus a line graph versus a pie chart? When is a mosaic plot more handy and when should histograms be used with density plots? The list tries to capture most of these practicalities.

Let me elaborate on some specific graphs-

1) Pie Chart- While Pie Chart is not really used much in stats computing, and indeed it is considered a misleading example of data visualization especially the skewed or two dimensional charts. However when it comes to evaluating market share at a particular instance, a pie chart is simple to understand. At the most two pie charts are needed for comparing two different snapshots, but three or more pie charts on same data at different points of time is definitely a bad case.

In R you can create piechart, by just using pie(dataset$variable)

As per official documentation, pie charts are not  recommended at all.

Despite this, pie charts are frequently used as an important metric they inevitably convey is market share. Market share remains an important analytical metric for business.

we see some rules for using Pie charts. 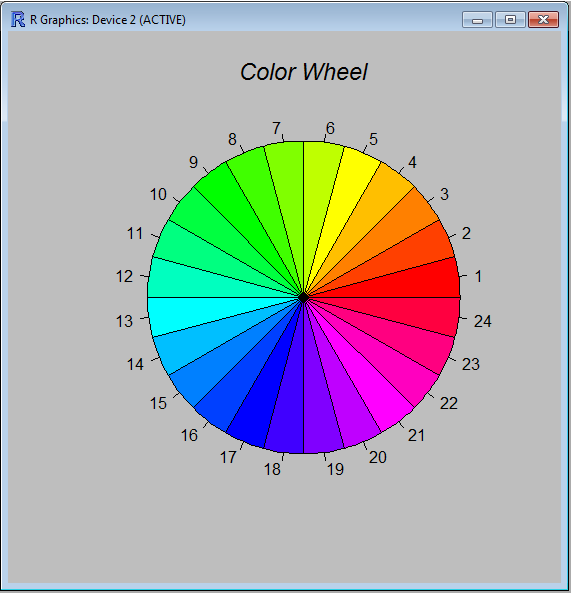 Like Loading...
Some common analytical tasks from the diary of the glamorous life of a business analyst-

and some case studies I could think of-

As the Director, Analytics you have to examine current marketing efficiency as well as help optimize sales force efficiency across various channels. In addition you have to examine multiple sales channels including inbound telephone, outgoing direct mail, internet email campaigns. The datawarehouse is an RDBMS but it has multiple data quality issues to be checked for. In addition you need to submit your budget estimates for next year’s annual marketing budget to maximize sales return on investment.

As the Director, Risk you have to examine the overdue mortgages book that your predecessor left you. You need to optimize collections and minimize fraud and write-offs, and your efforts would be measured in maximizing profits from your department.

As a social media consultant you have been asked to maximize social media analytics and social media exposure to your client. You need to create a mechanism to report particular brand keywords, as well as automated triggers between unusual web activity, and statistical analysis of the website analytics metrics. Above all it needs to be set up in an automated reporting dashboard .

As a consultant to a telecommunication company you are asked to monitor churn and review the existing churn models. Also you need to maximize advertising spend on various channels. The problem is there are a large number of promotions always going on, some of the data is either incorrectly coded or there are interaction effects between the various promotions.

As a modeller you need to do the following-
1) Check ROC and H-L curves for existing model
2) Divide dataset in random splits of 40:60
3) Create multiple aggregated variables from the basic variables

4) run regression again and again
5) evaluate statistical robustness and fit of model
6) display results graphically
All these steps can be broken down in little little pieces of code- something which i am putting down a list of.
Are there any common data analysis tasks that you think I am missing out- any common case studies ? let me know.

I was searching for some basic syntax in R (basically cross tabs and density plots) and I came across the Quick R site.

Its really a nice site for R beginners and anyone trying to remember some syntax.

R syntax can be very simple- a histoigram is just hist(), boxplot is just boxplot() and t test is just t.test(dataset)

Here is an example from the site-

Histograms can be a poor method for determining the shape of a distribution because it is so strongly affected by the number of bins used.

Kernal density plots are usually a much more effective way to view the distribution of a variable. Create the plot using plot(density(x)) where x is a numeric vector.

The sm.density.compare( ) function in the sm package allows you to superimpose the kernal density plots of two or more groups. The format is sm.density.compare(x, factor) where x is a numeric vector and factor is the grouping variable.

# Compare MPG distributions for cars with
# 4,6, or 8 cylinders
library(sm)
attach(mtcars)

It is not as exhaustive as http://cran.r-project.org/doc/manuals/R-intro.html

but it is much more simpler and easy to follow.

The site is created by Robert I. Kabacoff, Ph.D.

and he is working on a book called “R in Action”

I have received numerous requests for a hardcopy version of this site, so over the past year I have been writing a book that takes the material here and significantly expands upon it. If you are interested, early access is available.

If you have not been to that website, I recommend it highly (though the tagline or logo of R for SAS/SPSS/Stata users seems a bit familiar)-http://www.statmethods.net/index.html

As per me, I snagged some “new”stuff in this release-

That’s right- that is incorporating the work of our favorite professor from R Project himself- http://biostat.mc.vanderbilt.edu/wiki/Main/FrankHarrell

Apparently Prof Frank E was quite a SAS coder himself (see http://biostat.mc.vanderbilt.edu/wiki/Main/SasMacros)

Back to JMP Genomics 5-

• Tools for R programmers to build and package user interfaces that let them share customized R analytics with a broader audience.•

A new add-in infrastructure that simplifies the integration of external analytics into JMP.

+ For people in life sciences who like new stats software you can also download a trial version of IPA here at http://www.ingenuity.com/products/IPA/Free-Trial-Software.html