1) Is R efficient? (scripting wise, and performance wise) _ Depends on how you code it- some Packages like foreach can help but basic efficiency come from programmer. XDF formats from Revoscalar -the non open R package further improve programming efficiency

2) Should R be written from scratch?

This has been done with S, then S Plus and now R.

GPL license is fine. You need to do a better job of executing the license. Currently interfaces to R exist from SPSS, SAS, KXEN , other companies as well. To my knowledge royalty payments as well as formal code sharing does not agree.

R core needs to do a better job of protecting the work of 2500 package-creators rather than settling for a few snacks at events, sponsorships, Corporate Board Membership for Prof Gentleman, and 4-5 packages donated to it. The only way R developers can currently support their research is write a book (ny Springer mostly)

Eg GGplot and Hmisc are likely to be used more by average corporate user. Do their creators deserve royalty if creators of RevoScalar are getting it?

If some of 2 million users gave 1 $ to R core (compared to 9 million in last round of funding in Revolution Analytics)- you would have enough money to create a 64 bit optimized R for Linux (missing in Enterprise R), Amazon R APIs (like Karim Chine’s efforts), R GUIs (like Rattle’s commercial version) etc etc

The developments are not surprising given that Microsoft and Intel are funding Revolution Analytics http://www.dudeofdata.com/?p=1967

An interesting debate on whether R should be killed to make an upgrade to a more efficient language.

There is currently a (very !) lively discussions happening around the web, surrounding the following topics:
1) Is R efficient? (scripting wise, and performance wise)
2) Should R be written from scratch?
3) What should be the license of R (if it was made a new)?

Very serious people have taken part in the debates so far.  I hope to let you know of the places I came by, so you might be able to follow/participate
in these (IMHO) important discussions.

The discussions started in the response for the following blog post on
Xi’An’s blog:
http://xianblog.wordpress.com/2010/09/06/insane/

Followed by the (short) response post by Ross Ihaka:
http://xianblog.wordpress.com/2010/09/13/simply-start-over-and-build-something-better/

Other discussions started to appear on Andrew Gelman’s blog:
http://www.stat.columbia.edu/~cook/movabletype/archives/2010/09/ross_ihaka_to_r.html

And (many) more responses started to appear in the hackers news website:
http://news.ycombinator.com/item?id=1687054

I hope these discussions will have fruitful results for our community,
Tal 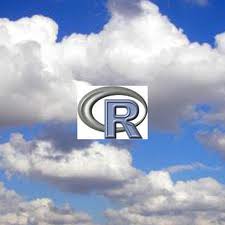 Ajay- How does RevoScaleR work from a technical viewpoint in terms of Hadoop integration?
David-The point isn’t that there’s a deep technical integration between Revolution R and Hadoop, rather that we see them as complementary (not competing) technologies. Hadoop is amazing at reliably (if slowly) processing huge volumes of distributed data; the RevoScaleR package complements Hadoop by providing statistical algorithms to analyze the data processed by Hadoop. The analogy I use is to compare a freight train with a race car: use Hadoop to slog through a distributed data set and use Map/Reduce to output an aggregated, rectangular data file; then use RevoScaleR to perform statistical analysis on the processed data (and use the speed of RevolScaleR to iterate through many model options to find the best one).
Ajay- How is it different from MapReduce and R Hipe– existing R Hadoop packages?
David- They’re complementary. In fact, we’ll be publishing a white paper soon by Saptarshi Guha, author of the Rhipe R/Hadoop integration, showing how he uses Hadoop to process vast volumes of packet-level VOIP data to identify call time/duration from the packets, and then do a regression on the table of calls using RevoScaleR. There’s a little more detail in this blog post: http://blog.revolutionanalytics.com/2010/08/announcing-big-data-for-revolution-r.html
Ajay- Is it going to be proprietary, free or licensable (open source)?
David- RevoScaleR is a proprietary package, available to paid subscribers (or free to academics) with Revolution R Enterprise. (If you haven’t seen it, you might be interested in this Q&A I did with Matt Shotwell: http://biostatmatt.com/archives/533 )
Ajay- Any existing client case studies for Terabyte level analysis using R.
David- The VOIP example above gets close, but most of the case studies we’ve seen in beta testing have been in the 10’s to 100’s of Gb range. We’ve tested RevoScaleR on larger data sets internally, but we’re eager to hear about real-life use cases in the terabyte range.
Ajay- How can I use RevoScaleR on my dual chip Win Intel laptop for say 5 gb of data.
David- One of the great things about RevoScaleR is that it’s designed to work on commodity hardware like a dual-core laptop. You won’t be constrained by the limited RAM available, and the parallel processing algorithms will make use of all cores available to speed up the analysis even further. There’s an example in this white paper (http://info.revolutionanalytics.com/bigdata.html) of doing linear regression on 13Gb of data on a simple dual-core laptop in less than 5 seconds.
AJ-Thanks to David Smith, for this fast response and wishing him, Saptarshi Guha Dr Norman Nie and the rest of guys at Revolution Analytics a congratulations for this new product launch.