Revolution Analytics has of course had RevoDeployR, and in a  webinar strive to bring it back to center spotlight.

BI is a good lucrative market, and visualization is a strength in R, so it is matter of time before we have more R based BI solutions. I really liked the two slides below for explaining RevoDeployR better to newbies like me (and many others!)

Here are some additional links that may be of interest to you:

( I still think someone should make a commercial version of Jeroen Oom’s web interfaces and Jeff Horner’s web infrastructure (see below) for making customized Business Intelligence (BI) /Data Visualization solutions , UCLA and Vanderbilt are not exactly Stanford when it comes to deploying great academic solutions in the startup-tech world). I kind of think Google or someone at Revolution  should atleast dekko OpenCPU as a credible cloud solution in R.

I still cant figure out whether Revolution Analytics has a cloud computing strategy and Google seems to be working mysteriously as usual in broadening access to the Google Compute Cloud to the rest of R Community.

Open CPU  provides a free and open platform for statistical computing in the cloud. It is meant as an open, social analysis environment where people can share and run R functions and objects. For more details, visit the websit: www.opencpu.org

An announcement by the Journal of Statistical Software- call for papers on R GUIs. Initial deadline is December 2010 with final versions published along 2011.

Special issue of the Journal of Statistical Software on

Since it original paper from Gentleman and Ihaka was published, R has managed to gain an ever-increasing percentage of academic and professional statisticians but the spread of its use among novice and occasional users of statistics have not progressed at the same pace. Among the reasons for this relative lack of impact, the lack of a GUI or point and click interface is one of the causes most widely mentioned. But, however, in the last few years, this situation has been quietly changing and a number of projects have equipped R with a number of different GUIs, ranging from the very simple to the more advanced, and providing the casual user with what could be still a new source of trouble: choosing what is the GUI for him. We may have moved from the “too few” situation to the “too many” situation
This special issue of the JSS intends as one of its main goals to offer a general overview of the different GUIs currently available for R. Thus, we think that somebody trying to find its way among different alternatives may find useful it as starting point. However, we do not want to stop in a mere listing but we want to offer a bit of a more general discussion about what could be good GUIs  for R (and how to build them). Therefore, we want to see papers submitted that discuss the whole concept of GUI in R, what elements it should include (or not), how this could be achieved, and, why not, if it is actually needed at all. Finally, despite the high success of R, this does not mean other systems may not treasure important features that we would like to see in R. Indeed, descriptions of these nice features that we do not have in R but are in other systems could be another way of driving the future progress of GUIs for R.

In summary, we envision papers for this special issue on GUIs for R in the following categories:

– General discussions on GUIs for statistics, and for R.

– Implementing GUI toolboxes for R so others can program GUIs with them.

– R GUIs examples (with two subcategories, in the desktop or in the cloud).

– Is there life beyond R? What features have other systems that R does not have and why R needs them.

Papers can be sent directly to Pedro Valero-Mora (valerop@uv.es) or Ruben Ledesma (rdledesma@gmail.com) and they will follow the usual JSS reviewing procedure. Initial deadline is December 2010 with final versions published along 2011.

Here are some fabulous applications at http://yeroon.net – if you are in the field of data and / or analytics you should try and dekko this site- it is created by UCLA’s department of statistics. 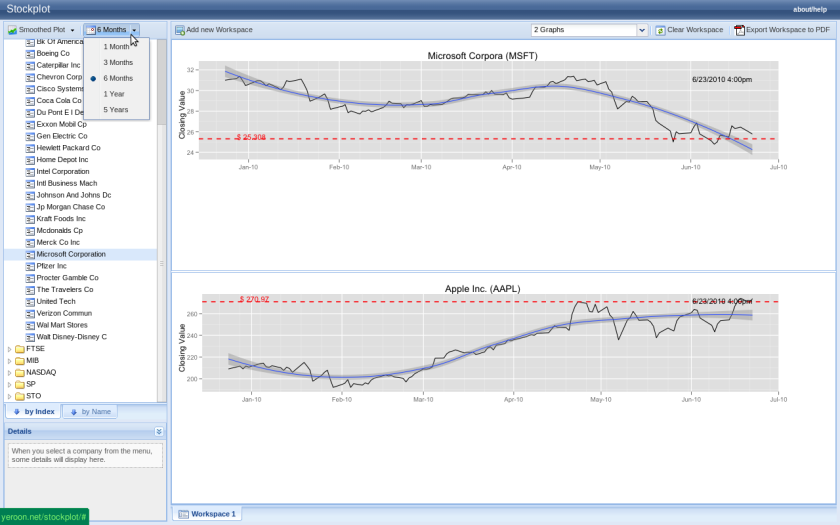 or create a linear model 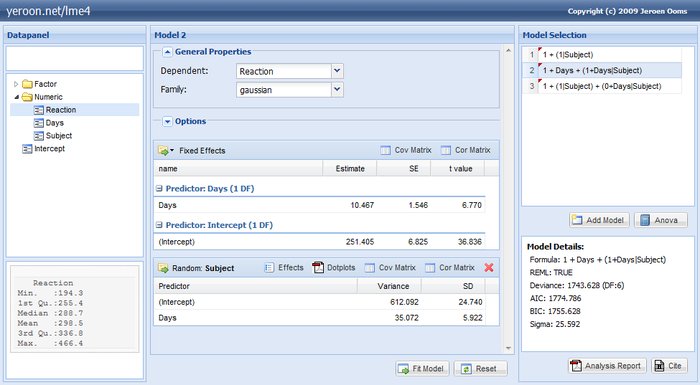 Just using a browser to upload the dataset and thats all the hard/soft ware you need .

Note the background uses R. It would be interesting if companies like Revolution R, SAS and SPSS can do in this browser based computing ( maybe charge like Amazon Ec2 apis)

Kudos and credits to http://www.stat.ucla.edu/~jeroen/