Now this may be old news, but in case it is not- here is the Google Patents Search 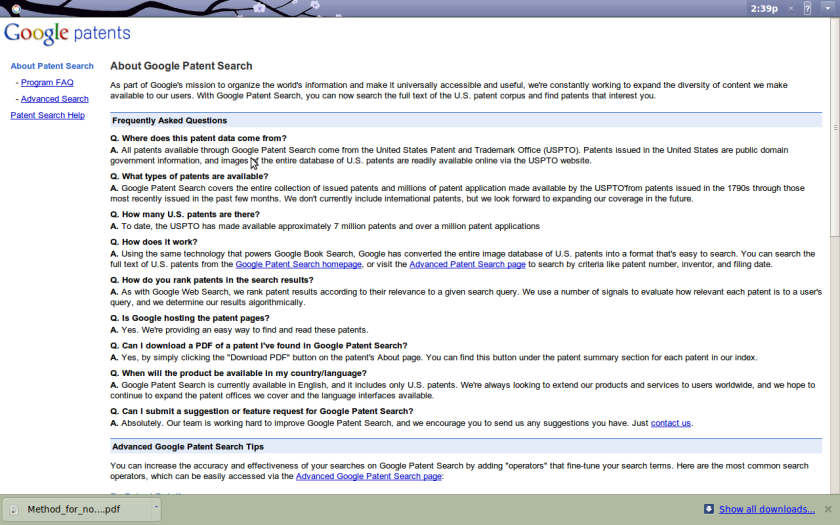 Just go and search at

For example did you know that the PageRank Patent is assigned to Stanford ( which is the reason they have more money than err. many Universities combined…not a great football program though)

Or you can see the Slidehshare.net version ( which is Ironic since Google Docs is not good enough to share the Pdf as of yet)

So the next time you have a bright idea on Sunday afternoon after some beers, check and see if you are the first one to think of it