The most critical event is not terrorism its an electoral cycle. The rise of cyber connectivity and electronic voting means national infrastructure needs to be scanned, and fortified for threat of offshore or inshore cyber meddling.

In Sept 2011, I had written on attacks at healthcare at https://decisionstats.com/2011/09/21/denial-of-service-attacks-against-hospitals-and-emergency-rooms/ and in same year about the errors which lead to such vulnerabilities. Even after 5 years these remain unaddressed. In the last electoral cycle, partly due to my own political bias towards current incumbent I had postulated on such a possibility. Though that electoral cycle went off unscathed ( we hope) , cyber attack capabilities have increased, there is more money floating around to pay hackers ( like the ones who hacked Sony for North korea as an offshore contract) and there is not much progress in cyber defence.

See screenshot from 2013, and the echoes of the 2002 Florida based electoral nightmare. 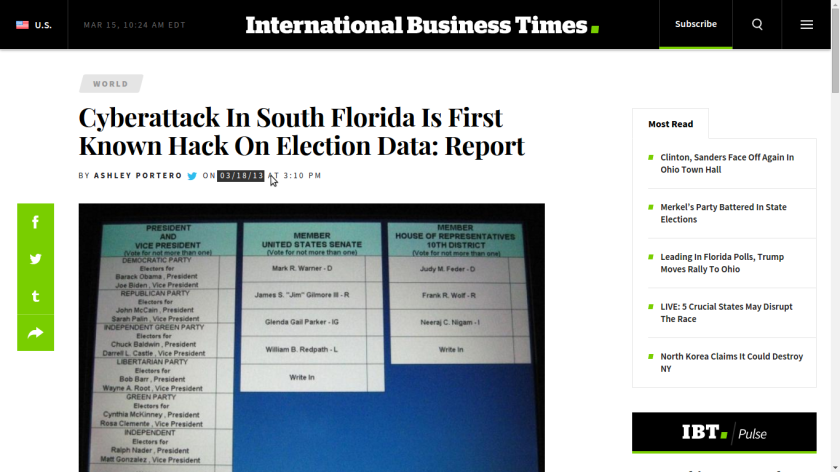